Question of the week: Do you think we are in a real estate price bubble that is coming to an end soon?

Answer: This question, or some variation, has been asked by several different people in several different settings in the past few weeks. From clients, to real estate professionals, to friends, to attorneys and accounts asking in my office, on the phone, at dinner and in networking meetings, everyone wants to know, will housing markets drop precipitously in the near future?

My short answer: No. No, I do  not think we are in a real estate price bubble that is ending soon.

My long answer: why I feel this way.

One underlying facet to the question is everyone’s experience from the 2007-8 market crash, and the expectation that it will be duplicated because we have experienced a very large increase in real estate prices in the past 5-6 years, similar to the home price increases in the early 2000’s.

Comparing our current market to the market at the beginning of the century is not comparing similar actions and motivations of the buyers in the markets.

The pre-recession housing bubble was created by several factors. First, was the ease of financing. Following the lead of hard money, then soft money, lenders, Fannie and Freddie were purchasing mortgages from lenders that required no verification of income or assets and in many instances required no appraisal. Further, they were buying loans that were secured by homes with no equity—borrowers were also obtaining second mortgages, usually HELOCs, that took their total loan to value to 100% of the property value.  This easy money enabled many people to purchase homes, or refinance current homes and pull out equity, well above the prices and mortgages they would normally be able to qualify for, which often resulted in borrowers choosing adjustable rate mortgages for lower payments.

Second, were the motivations for much of the purchasing activity. Prices go up based on purchases not on refinances, the closed sales become comparable sales used for the next sales in a neighborhood. As prices rose many people felt that had to buy right away or miss out, not just on buying a piece of property but also on the money that could be made as the market went up. The shift in purpose that we saw was people buying investments they would live in instead of buying homes. They were motivated by trying to capitalize on a market, which resulting in highly leveraged and risky purchases, with the intention of selling or somehow cashing out—which was done with refinancing, pulling out equity and using this equity for consumption of goods and services.

Third, once the market softened homeowners who were highly leveraged, in mortgages they could not afford once they adjusted, and had little to no money in their home from their savings, found it easier to walk away or sell at a loss than homeowners who purchased in conventional markets.

Today, there is a healthy foundation to the housing market. Changes in underwriting policies have ensured that borrowers have the income to debt ratios and credit history to afford their mortgages. When purchasing they have down payment into the property, i.e. “skin in the game.” One more solid piece of this foundation, the overwhelming majority of homeowners who have mortgages that are long term low fixed rates.

If/when there is a turn in the housing market and we see prices flatten, or even dip, there will not be the resulting sharp drop in prices across regions because of the solid foundation that has been built with qualified, well-motivated homeowners. Bubbles pop and created market downfalls not because of a slight correction, but because that correction snowballs as owners panic and sell their product, thereby creating significant over-supply and exponential price declines. With families owning homes they can afford to retain and having purchased with their hard earned savings, a dip in the market will not create a panic-selling environment for any significant portion of the market to create a crash.

The most significant threats I see to housing in California, particularly along the coastal markets (which I define as any county that touches the Pacific) are cash for purchasing homes and interest rates. Both of these factors can limit buyers ability to qualify as home prices climb.

At some point prices will flatten, and possibly decline, I do not see this happening in the near future, but when this occurs it will not be long lived nor a deep decline in housing prices across several markets in the region, state or nation.

Overreaction? On Wednesday the minutes were released from the January Federal Open Market Committee (FOMC), the group at the Federal Reserve that determines the federal funds rate. Almost immediately after the minutes were released, well immediately after investors had time to read them and then take action in the market, rates jumped as investors sold off bonds and mortgages. Why? Because the Fed has adjusted its economic outlook since its December meeting, forecasting stronger economic growth than previously thought and achieving the 2% inflation target sooner than previously thought. The minutes also showed that the FOMC members still feel that the economic outlook supports further “gradual increases” in the federal funds rate. Many investors trying to read the tea-leaves felt the Fed maintaining its stance was instead a signal that it will raise rates more than previously estimated (three times this year). This created a sell-off that became more pronounced as the day progressed spiking rates.

Rates for Friday February 23, 2018: After Wednesday’s big sell off investors returned to market with cooler heads on Thursday and Friday as investors bought back into the bond markets and over the two days scratched back almost all the losses. We see a slight bump in high-balance rates, but conforming holds on for the second straight Friday with no change. As we have been saying for over a month, rates are volatile so lock when you can.

FIXED RATE MORTGAGES AT COST OF 1.25 POINTS LOCKED FOR 45 DAYS:

Busy weekend for the Smith household as we host about 20 fifteen and sixteen year old’s for our daughter’s Sweet Sixteen party. Hopefully the weather cooperates and is not too chilly since we are setting up for an outdoor formal event. It is fun watching our little ones become young adults and see their friends grow and mature right alongside them. Sunday will be having family over for another celebration, and then perhaps a nap! 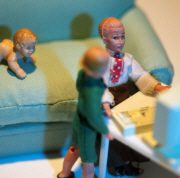 1-25-19: What are the different types of mortgages available? 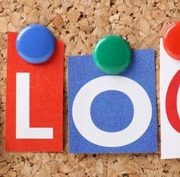 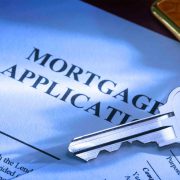 Why did you advise us to retain our home in California when we are moving out of state? 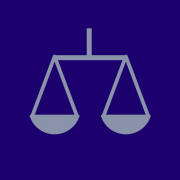 How does the impeachment process in Washington impact mortgage rates?