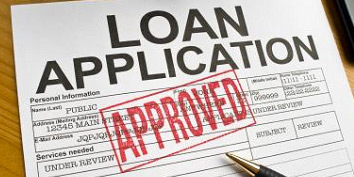 Question of the week:  Why do loan limits matter?

Answer:  Because they determine the approval guidelines for mortgages within the loan limit range.

Brief recap, “conforming,” or “conventional,” mortgages are funded by lenders and sold to either Fannie Mae or Freddie Mac. Fannie and Freddie (aka the GSEs*) then pool mortgages and create Mortgage Backed Securities (MBS) and sell them to investors.

Lenders approve and fund conforming loans using guidelines established by either Fannie or Freddie (there are some slight variances). If a mortgage fits the guidelines it can be purchased by the GSE.

Investors purchase MBS from either Fannie or Freddie know that their investment meets the criteria required by the issuing GSE, thereby reducing the risk of purchasing a mortgage on a home in Tornado Alley in Oklahoma, or in Torrance, California.

The question of loan limits come up as this week the Federal Housing Finance Agency announced that the conforming loan limit for single family residences will increase from the 2020 level of $548,250 to $625,000 for 2022, a 14% increase.

The FHFA determines the loan limits with its House Price Index report which tracks the average increase in home values over the year and then adjusts the loan limit accordingly.

Since its inception, the loan limit has had a separate column for traditionally high-cost markets, defined as Alaska, Hawaii, Guam and the U.S. Virgin Islands. The loan limit in these areas is 50% higher than the continental United States.

In 2008, as a reaction to the severe decline in real estate sales and values, the brand new Federal Housing Finance Agency created the “high-balance” or “conforming jumbo” products for the GSEs. This new product would have slightly stricter underwriting guidelines, higher loan limits, and higher costs/rates.

The high-balance loan limits would be calculated the same as the limits had been calculated for the prior high-cost markets, 50% higher than the conforming limits.

While the FHFA has not announced the new loan limits for high-balance conforming mortgages, a simple calculation lets us know that if the conforming limit is $625,000 in 2022 the high-balance limit will be $937,500, up from the current limit of $822,375.

Why else is this important? Higher loan limits will enable families to afford a higher priced home, or the same priced home with a smaller down payment, thereby potentially putting upward pressure on home prices. Or, dampening any slow down in prices.

This week every lender we work with has indicated they will accept conforming loans using the new conforming loan limit. Note they have not yet indicated they will be accepting loans under the new high-balance loan limit. As well, if you have a loan in process over $548,250 up to $625,000 it can be underwritten and priced with conforming guidelines instead of the high-balance guidelines in place when you made your application.

The chicken you paid $1 a pound for in 1991, now costs $1.93 per pound, or 93% more. Why 1991? That was the last time inflation was at rate of growth it was in September, 5.4%. Prices rose 0.4% in September putting the annual rate at a 30-year high. For some perspective, the 10-year average is about 1.75%. Leading the way on price increases was the 1.2% increase in gas at the pump from August to September. As costs to transport goods increase, costs of goods increase.

With extended supply chain issues, plus rising energy costs, it will be a tough and expensive winter in many parts of the country.

The Fed has targeted 2% as the preferred rate of inflation to support economic growth in a steady and sustainable manner. A few months ago when growing inflation became more newsworthy the Fed pooh-poohed any concern stating it saw price growth as “transitory” and that it would subside once the economy settled as it came out of the pandemic. This week the Fed acknowledged that high rates of inflation will last into 2022; some economic experts are indicting into 2023 is more likely.

The Fed has indicated it will focus on labor markets and their health before making any moves that could push interest rates higher; jobs trumping prices of whole chickens at Ralph’s. In reports released earlier this week we learned that there were 10.4 million job openings in August, down from 11.1 in in July. As well, it was reported that 4.27 million workers quit their jobs. Many for higher paying jobs or the opportunity to start in a new industry.

Retail sales bounced back in September, up a healthy 0.7%. However, subtract the 0.4% increase in prices the increase is 0.3% for the month, still healthy, but not as healthy. The somewhat strong spending by consumers is due to higher wages and higher savings. Americans are being a bit more choosy as to where they are spending their inflation shrinking dollars, reports indicating much of the immediate post-economy-opening spending has slowed in hospitality and “splurge” products and services.

Rates for Friday October 15, 2021: Despite the economic data that should be pushing rates higher, we see rates drift down this Friday from last week’s spike. Primarily investors are looking at the debt-ceiling can being kicked down the aisles of Congress for another two months, and the apparent reduction in the initial social spending bill sought by President Biden and the progressive members of Congress.

Last week in this section of the WE&MU, generally of a personal nature, I wrote about the excitement of the Giants and Dodgers facing off in the playoffs for the first time since their rivalry started in 1890.

One of the wonderful aspects of sports is that you often know when you have seen something historic occur. The PhillySpecial play at the end of the half in Super Bowl 52 to give the Eagles a 10-point lead over the Patriots (yeah! Fly Eagles Fly!). Kirk Gibson’s home run to beat the A’s in the first game of the 1988 World Series. The Miracle on Ice at the 1980 Winter Olympics. All great uplifting moments.

But there’s the other side of sports. Bill Buckner booting Mookie Wilson’s ground ball in game 6 of the 1986 World Series leading to Ray Knight to score the winning run, leading to game 7 that the Red Sox lost, denying Sox fans their first Series win since 1918 (they finally won in 2004).  There was Buffalo Bills kicker Scott Norwood missing a 47-yard field goal attempt to win the Super Bowl in 1991, kicking the trophy to the Giants. It was the first of four straight Super Bowls the Bills would lose. They still have not won one. Golf fans will recall Jean van de Velde standing on the 18th tee of the final round of the British Open in 1999 with a 3-stroke lead. For non-golfers, this is akin to a ten run lead in the 9th inning. He hit his drive in the rough, tried to do too  much and put his next shot in deeper rough, from there he hit his ball into the creek going across the fairway in front of the green, he dropped a new ball, taking a penalty shot, hit that ball in the bunker (sand trap), hit the ball on the green, made the putt and shot 3 strokes over par. His three shot lead gone, he had to face Paul Lawrie and Justin Leonard in a four-hole playoff that Lawrie won. Van de Velde’s melt down is the only reason he and Lawrie are remembered.

Which brings us to Gabe Morales. Some of you reading this know who I am talking about, but prior to last night would not have. For those not in the know, Morales was the umpire at first base last night for the win-or-go-home game between the Giants and Dodgers. In the bottom of the 9th inning the Dodgers led 2-1 and their ace was called in to pitch the final three outs. With two outs, a runner on first base, and the count no balls and two strikes, Dodger pitcher Max Scherzer threw a slider to Giants hitter Wilmer Flores.

Last night, on the 0-2 slider that Scherzer threw to Flores was caught by Dodger catcher Will Smith (no relation) outside of the strike zone, low and away. Flores started to swing his bat, but held up the swing. Smith appealed to the 1st base umpire, Morales, hoping he would say that Flores attempted at the pitch.

Morales raised his hand in a fist, indicating Flores, in Morales’ opinion, attempted at the pitch. Therefore the pitch was considered a strike due to Flores swinging and missing, which meant a strike out. Which meant the Dodgers won the game, advancing to play the Atlanta Braves to see who will represent the National League in the World Series.

Everyone who has at the minimum a passing knowledge of baseball, with the exception severe, myopic, they-can-do-no-wrong Dodger fans, and umpire Gabe Morales, knew that Flores checked his swing, and the pitch should have been called a ball—letting Scherzer strike out Flores with his next pitch.

That pitch and call instantly became part of baseball, and sports, lore. Gabe Morales, unknown to 99.9% of the population of San Francisco is now cursed by nuns and school children.

And the 130 plus year Dodger-Giant rivalry became a bit more bitter.

How is a mortgage a financial tool?

When is the best time to lock in our mortgage rate? Scroll to top