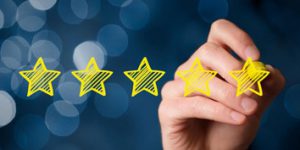 Question of the week:  Can we refinance later?

Answer: With our new higher rate environment we are getting this question fairly frequently from new clients.

The answer is yes.

Buyers looking to purchase are asking two questions, more prevalent, “can we refinance later,” next is often, “is this a 30-year fixed rate?”

The first question alludes somewhat to whether there is a pre-payment penalty on their potential new mortgage if they payoff the loan, either through sale or refinance, in the future. The second question is asking if the loan rate may adjust in the future.

While becoming a somewhat smaller part of the mortgage market, conventional loans, i.e. Fannie Mae and Freddie Mac programs, are still by far the most funded mortgages despite rates climbing since the start of the year. The programs have no prepayment penalties, you could win the lottery the day after your first mortgage payment and payoff the mortgage and only owe the balance of the loan and accumulated interest.

This means if you fund a mortgage today at 5.625% and in February the rate is 4.625%, you can refinance with no additional costs beyond the transaction fees.

As to the second question, this is due in large part to the amount of advertising on radio, television, and social media for adjustable-rate mortgages (ARMs).

While Fannie and Freddie do have15-year fixed, and hybrid-ARM products, the overwhelming number of mortgages funded are 30-year fixed. New mortgage applicants want to know that their rate will not change in the future, unless they refinance.

Above I mentioned that conforming loans are becoming a smaller portion of the market, taking up more of the market are “Non-QM” mortgages that are used mostly for self-employed borrowers, borrowers whose incomes are not steady salary, have ownership in a LLC or corporation, or other circumstances that do not fit the Fannie/Freddie cookie cutters.

These types of loan typically have a prepayment penalty option for a lower interest rate, and have ARM products available for applicants.

Data starting to show inflation is impacting consumers. For the first time in five months retail sales dropped, coming in down 0.3% in May from April. While sales adjusted for inflation have dropped in recent months, this is the first month this year non-adjusted sales have dropped. Accounting for inflation sales were down 1.3%. The primary drag on sales was the 4.0% drop in auto sales and parts; taking this sector out of the report and sales increased 0.5% (-0.5% adjusted). Dragging the number higher, gas stations saw a 4% increase in sales due to the higher cost of petroleum; this is not a positive way for higher sales as for most consumers purchasing gasoline is a necessity, not a luxury like dining out, buying appliances or home goods.

The direction of consumer dollars is shifting. During the pandemic there was a spike in consumer goods such as appliances, computers, phones, home office furnishings for their work Zooming. Travel and entertainment have seen an increase in sales in recent months, and with school out the numbers should climb. Hotels and travel are not included in the retail sales report, but bars and restaurants are and the sector saw a 0.7% increase.

November 1994 was the last time the Fed increased its benchmark interest rate by 0.75%. At the time the Fed was trying to get ahead of inflation, slow the economy and avoid a recession. The November 1994 hike was part of seven rate increases over thirteen months. The strategy was, for the most part, successful. In June 2022, the Fed is behind inflation and trying to catch up.

Part of the catching up strategy occurred earlier this week when the Fed bumped its benchmark rate 0.75%, to 1.50-1.75%. Looking ahead, Fed Chair Powell indicated another 0.75% hike could occur at its scheduled meeting in late July. In a statement released with the news of the rate increase, the Fed is predicting its rate will be around 3.4% by the end of 2021 and 3.8% at the end of 2023. Looking forward, the Fed is predicting 1.7% growth this year and 1.9% next year—noticeably discounting a recession in the time period. As for inflation, it is expected to continue to be high through the year and fall down to near its 2% target rate by the end of 2024. Note that is 30-months away. It appears our current inflation cycle is most definitely not “transitory” as labelled late in 2021 and earlier this year.

Rates for Friday June 17, 2022: Long time readers of the WR&MU know that mortgage rates are set by investors who buy or sell depending on their outlook for the future. Traders in rate-based investments are predicting that the Consumer Price Index will be around 9% at least through September. This outlook has them making investment decisions based on higher rates in the future. Expectations determine actions, the traders are telling us do not expect a decline in rates in the near, or medium, future. Conforming rate is up from last Friday, but down after a large spike on Monday and Tuesday ahead of the Fed announcement. The large rate increase by the Fed was welcomed by investors.

Happy Father’s Day to the dads. I find in interesting that the U.S. Open concludes on Father’s Day. How many dads who love golf can sit around for several hours, or even the last one or two, and watch the tournament’s conclusion without upsetting children, and/or spouses, who have other plans? Since our school district’s last day of school was always the week before Father’s Day, I had several where I was catching up on who was leading on airport televisions as we started a summer vacation that day.

Enjoy an adult beverage or two, cooking your dinner on the barbecue, and your family dads!

Can my parents payoff some of my debt so we qualify?

No question: On Vacation Scroll to top