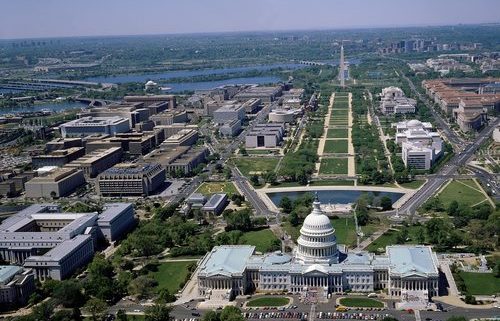 Question of the week:  Now what?

Answer: This is the same question of the week for the Weekly Rate & Market Update on November 11, 2016. The biggest difference between the Friday after the national election in 2016 and 2020 is the outcome was known.

There are many different answers to “now what,” I will try to stay true to the purpose of the WR&MU and answer within the framework of mortgage rates and related markets.

An economic primer. Investors control mortgage rates. Investors control financial markets, stocks, bonds, and other financial instruments. Investors actions are based on how they answer our question, “what next.” Quite simply, investors are placing bets with their money as to what they think will happen in the future based on all the information they have available filtered through past experiences and, very importantly, how they feel other investors will react.

Now what? For mortgage rates, now what?

Two things investors do not like, uncertainty and “dead money.” Uncertainty disassembles the decision making process. Decision makers do not know which of their models and inputs to those models to use. But, because of their dislike of “dead money,” they feel the need to do something.

Dead money is cash. Funds sitting in a bank account earning 0.50% when invested it could make significantly more.  However, in times of uncertainty investors park their funds in cash, the investing theory being that not losing money is better than making money.

The alternative to cash in times of uncertainty is fixed return assets. Fixed return assets are those where your return on investment is declared, instruments like bonds and mortgages. When the road ahead looks rocky and uncertain, investors will engage in what is called a “flight to safety.” Selling the seemingly unsafe investments in stocks and investing in the safety of a fairly certain and known return provided by fixed rate assets.

Tuesday evening, as people worldwide were watching news casts, or constantly hitting refresh on internet browsers, investors were making their bets in the futures markets* as to how they thought others would react based on the news of who would win the elections**. Through Tuesday night and into Wednesday the futures market spiked and then dropped as different scenarios played out and created expectations of future events that could impact markets.  Uncertainty was, predictably, causing some havoc.

*Futures markets are investments that are based on what you think will be the value a stock index, such as the Dow Jones Industrial Average, will be at a future date. Using the DJIA an example, the dates used are the last trading day of each quarter.

What we have seen since Tuesday is investors getting rid of dead money and investing in both fixed assets and equities, with the prices for both climbing from Monday’s close of markets. Will this trend continue?

The markets are reacting to a) what they are expecting election outcomes to be and b) based on those expectations, what they expect to come out of Washington D.C. Primarily, how much money will, or will not, be pumped into the economy through another round of stimulus funds. As well, longer term, how might fiscal policy change that will impact the economy and businesses.

The biggest factor, in my opinion, is if the results of the elections give Democrats control of the White House and Senate to go with their majority in the House. This will likely result in a very large stimulus package getting passed very quickly. If there is a split between the White House and Senate, any stimulus package will be considerably less, if any is able to be passed at all as the House and Senate debate what is considered stimulus, what is considered policy, and how much of either should be included in any bill.

The second biggest factor is also dependent on the composite of party control, taxes. If the Democrats have control of the legislative and executive branches the expectation is that some, a lot, all, of the revisions made to the tax code in 2016 will be reversed and additional items added that could increase taxes for different segments of the tax base. Should this occur expect investors to react based on estimates of who will benefit or be harmed by the changes and what those segments contribute to the overall economy.

What next? For the short-term, more uncertainty until all the ballots are counted, any court filings are adjudicated, and results are final. This should lead to rates staying very low as investors prefer the safety of a fixed return to the dead money of no return.

What next? For the long-term, rates will stay low into 2021 regardless of the election outcomes as the economy still has a long way to go to return to pre-Covid activity. Impeding the rebound will be any actions taken by local, state and possibly the federal government to close down segments of the economy should the C-19 virus spread wider and faster as winter hits.

What next? For housing and mortgage markets will depend on the overall health of the economy, and most importantly the financial health of the middle-class, who make up the vast majority of the home buying market.

As you are likely aware, housing prices have soared during the pandemic, despite over 10 million people still being out of work compared to February. The vast majority of those out of work are entry level and lower-tiered salaried workers in the economy; i.e. those who would not be buying homes even in a booming, full-employment economy. For the most part the middle-class has been relatively untouched financially by Covid. Being able to work at home, even if infected but functioning with the virus, has enabled tens of millions to work and maintain their incomes. Exactly what is required for a healthy housing market.

As long as the middle-class is able to maintain stable incomes our housing markets should be stable.

Politics certainly impact rates, but not as much as economic data. As is customary on the first Friday of every month, the Labor Department released data employment data for October this morning. The news is positive for the economy, and, if sustainable, for the rebound to continue. Almost 640,000 jobs were added to the economy last month, most in service industries, including retail, leisure and hospitality. The unemployment rate dropped to 6.9%. The underlying strong point in the data was the addition of 906,000 jobs in the private sector. Since private sector jobs add more to the economy than government sector jobs, this is very favorable news for growth. In ordinary times this news would put a lot of upward pressure on interest rates. In these times, and this week in particular with the unknown political outcomes, the news had some impact, but very muted.

Rates for Friday November 6, 2020: With Mortgage Backed Security prices spiking this week, we say a dip in rates mid-week that peaked and appear to be falling as trading for the week nears. The Treasury Department announced earlier in the week it would not be borrowing as much as expected. The reduced supply from the government should keep rates low as those looking for fixed assets in their portfolios bid up prices (higher prices means lower rates). My advice, as it almost always is, if you have a rate that works for you lock it through your closing period. Rates go up a lot faster than they go down, any incremental savings you may achieve with rates dipping are quickly lost if you guessed wrong.

Please note rates are for purchase transactions, refinance rates are higher, please call for quotes to meet your situation.

Growing up in a somewhat politically active household, multi-generational on my mom’s side, having a degree in Economics and Political Studies, and a keen interest in what is happening in City Halls and Capitols, it surprises many of my friends and acquaintances that I rarely watch any news, speeches or debates. This includes channel surfing on election night.

Many years ago, sometime during George W. Bush’s first term, I quit watching speeches, then pulled back on watching or listening to the news or political commentary, talk-shows etc. Why? Because I grew too tired of the theater blocking the substance. For State of the Union, or other major speeches, debates and announcements, I find texts of the speeches or comments and read what was said. No superfluous adjectives or adverbs but reporters or commentators trying to color what was said, or hinting at some unsaid intent. No inflection or reaction. Just what the individual said.

I then will read through reports from several media and opinion sites, from across the spectrum, to get the perspective from different views and see what will be driving the news cycles. In essence my consumption of news and events is rarely visual or auditory, and almost solely from reading. As well, it is a consumption from those with whom I tend to agree and disagree in order to understand how others assimilate actions, events and words.

If I had a mandate I could impose on users of social media it would be this, follow those with whom you disagree with as much, or possibly more, than those with whom you do agree. Expand perspectives, expand understanding and there is a greater likeliness of more people have friendly conversations over major, and minor, issues. I don’t need anyone to agree with me, all I ask is to try to understand my position, and respect our relationship enough to disagree with civility.

Should we use some of our retirement funds for buying our new home?

What impact will the vaccine have on the housing market? Scroll to top